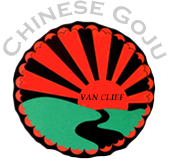 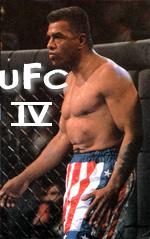 Grand Master Ron Van Clief has trained and taught Martial Arts well over 40 years. He has appeared internationally on television and radio demonstrating his art, as well as at many colleges and universities lecturing and presenting the Ron Van Clief 101 curriculum. He holds a black belt or the equivalent in Karate, Ju-Jitsu, Aiki-Jitsu, Kung-Fu, Arnis de Mano and Zen Jutsu. Further he is a master of the Sword, Sai, Nunchaku and other martial arts weapons. 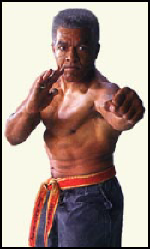 Grand Master Van Clief is a 10th Degree Red Belt and founder of the Chinese Goju System, with the title "Shidoshi". Ron Van Clief has established more than 25 schools in over 18 countries. He has starred, choreographed, appeared, or assumed roles as stunt man in more than forty motion pictures. He served as a policeman in New York and served several years as a United States Marine. Shidoshi Van Clief, is formerly commissioner of the World Contact Karate League.

Ron Van Clief continues to bestow his knowledge with his remote instructors and students via seminars and through books and video. He has competed in more than 900 tournaments during forty years of international competition. He continues to compete in the "All American Annual Championships" held in New York, and most notable, he's a 5 times World Champion.

In 1994 he fought in the Ultimate Fighting Championship IV, at the age of 51 against the undefeated Champion Joyce Gracie. Grandmaster Ron Van Clief competed in many brutal full contact matches in Asia to prove his systems effectiveness to the world of Martial Arts..

While living in the Caymen Island, he was the Chief Instructor for the Royal Cayman Island Police Department. In 1995, he was inducted into the World Martial Arts Hall Fame, with the Life Time Achievement Award. In 2002, he was inducted in the Black Belt Hall of Fame.

Currently, Ron Van Clief maintains his enthusiasm for producing quality action martial arts choreography for big screen film and HBO. He gives demonstrations, seminars, and lectures throughout the world and serves as technical advisor to the United State Secret Service.